Zimmerman, of Athens, TX, drove to victory in the 20-lap Top Choice Masonry Trophy Dash for ASCS Elite Non-Winged Sprint cars. Tucker, of Carbon, scored a wire-to-wire victory in the IMCA Modified A Main, while Hubbert Sr., of Copperas, earned his first career win in the IMCA Southern Sport Mods.

Zimmerman powered his way past early leader Keith Martin to take command on lap four. Paul White finished 1.373 seconds behind to claim second, while Steven Shebester filled out the podium in third with a nice drive from the 11th starting position. Cody Price and Mason Smith completed the top five.

Four cautions slowed the pace, the scariest of which flew just three laps into the feature when two cars came together in Turn 1, sending one launching into the air. The driver was fine, yet eventual winner Zimmerman was involved. Fortunately for him, the damage to his ride was minor.

“First of all, I want to say I'm sorry that happened to those guys,” Zimmerman said in Victory Lane. “We were going into Turn 3 over there, he slipped up and we came off Turn 4 side-by-side and headed down the front stretch. It pulled my front wheels in the air for a few seconds, which was pretty wild.

“Going into Turn 1, I kind of let him get in there so I could see if he would slide up again. We both came off Turn 2 side-by-side again, and both just ran out of room. Things happened so fast, I'm not sure how he launched but I'm just glad he's okay. I just want to thank my car owners for this opportunity.”

“It is a lot of work to keep up with these cars,” Tucker said. “But is does feel good when it comes together. You have to be on top of your game if you're going to beat these guys. I just want to thank the Good Lord above for keeping us all safe tonight, and the staff here for another great night of racing.”

Finishing sixth through 10th in the Modified Trophy Dash were PJ Egbert, Chad Melton, Chris Morris, Raymond McSpadden and Josh McGaha. Morris suffered through a difficult evening after making contact with another car during his Heat race. He was never really a factor or threat in the A Main.

Hubbert Sr. outgunned an 18-car field in a thrilling feature for the Sport Mods. Trey Votaw applied the pressure to Hubbert on two restarts yet settled for second, while recent winner James Hanusch filled out the podium in third. Garrett Rawls and Brandon Geurin rounded out the top five.

“I now have a grand total of one win,” Hubbert told co-announcer Joe Spillman in Victory Lane. “There always seems to be somebody keeping me from sealing the deal, even myself. This time, it all came together and it feels fantastic. I need to thank my fiance, and everybody else who helps me.”

Finishing sixth through 10th in the IMCA Southern Sport Mod Trophy Dash were GW Egbert, Kyle Wilkins, Pat McGuire, Taylor Florio and Billy Gould Jr. Three cautions slowed the pace, none for serious incidents. Hubbert's margin of victory was just a tick under 1.5 seconds at the stripe. The Sport Mods can always be counted on to excite the crowd in Elm Mott.

Replay every exciting lap from Heart O' Texas with a subscription to SpeedPass at RaceOnTexas.com. Fans who want full access for top notch short track action from around the state choose SpeedPass to catch all the action. 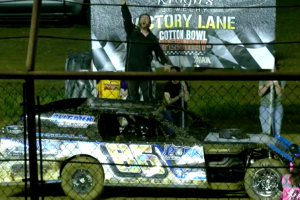 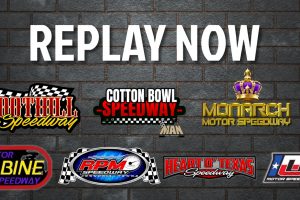 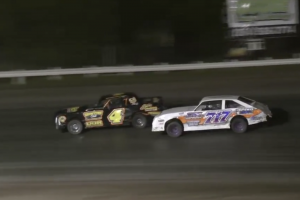