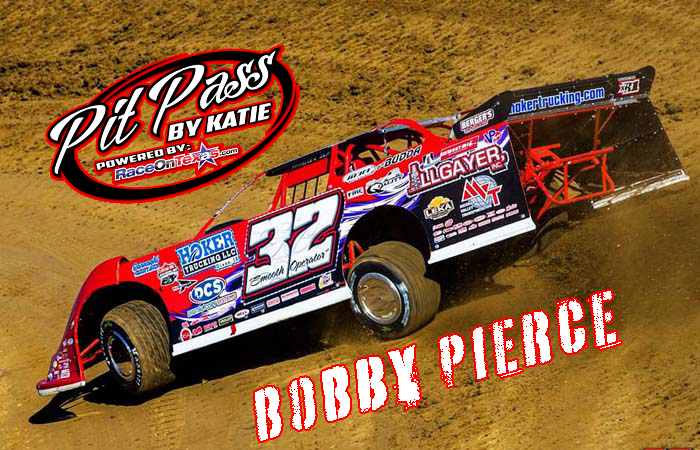 Is there anything this young driver can't conquer? If you have been living under a rock, and haven't figured out who this dirt slinging phenom is, we caught up with the one and only, "Smooth Operator", Bobby Pierce. 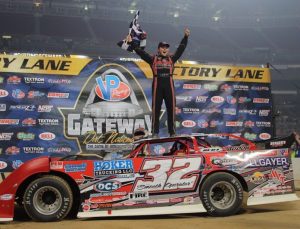 At only twenty two years old, the Oakwood, Illinois native, has just about done it all. From an early age, Bobby told me he remembers his uncle giving him some of his sprint car die casts and racing them in the dirt at the racetrack. He said he always had to find "the best spot, even if he was in the way." So taking races seriously isn't something that he just started.

Although his dad was driving, and remembers his mom going crazy in the stands, he vividly remembers some modified races, and being terrified of them, only because of the fear of him being hurt. The modified career started after he retired from late models when Bobby was only five or six. He was obsessed with racing, and never dreamed he would actually be a race car driver.

"I actually drove a quarter midget without a restrictor when I was four around a quarter mile track, and I held it wide open and pissed myself. I always thought it was sweat." "I also had to quit basketball and football because racing was getting so busy and my friends didn't like it. Luckily I was home schooled the last two years of high school because we were gone so much, and they would have flunked me." 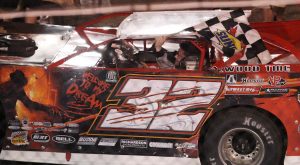 When he's not on the racetrack, you can usually find him in the shop, or hanging out with some friends. Just like any normal twenty year old guy, staying fit and active are a must, but also loves video games, and watching the Chicago Bears and Kentucky wildcats. Living on a small lake has it's advantages, especially in the summertime when its not race season. Whether he's on a jet ski, a snowboard, four wheeler, or wake board, I'd bet money that hes going fast.

These days, you will always find Pierce in the number thirty two Pierce Racecar chassis. The number originally came from his great uncle, who actually got it from the first ever Indy 500 Winner, Ray Harroun. Eventually Bob would take it next, and Bobby would keep the tradition alive. As far as the "Smooth Operator" name, announcer Rick Eshelman, would dub him the infamous nickname. Thinking back on it, it possibly came about when he was more of a "bottom side bandit", but now you'll find him top shelf and "banging the cush."

Traveling and racing at over a hundred dirt tracks, it's hard to pick a favorite. I-55 Speedway, in Pevely, Missouri, is  probably the track that stands out the most, since it's like a "mini-Eldora." The way the banking is set, and it can be one of the best racing surfaces. Anywhere that can prep a track to have multi-lines of racing or a solid top and bottom are great for the driver. Every track is capable of being a favorite of Pierce, because each one has a different personality, regardless if it's a top notch facility or a hidden gem in the middle of no where.

Being that this is Race On Texas, the lone star state is near to Pierce's heart, since he has Jeff Allgayer, of Allgayer Inc. as a huge part of his support system. Not to mention, JohnO from Showtime signs, makes all of the sweet wraps that go on the number thirty two. "Texas has some good tracks, and I would definitely go if there was a big show there. I've only raced at Kilgore with the Lucas Series in 2013, where I set the fast time"

Taking the win at the World 100, is clearly memorable because of the prestige that comes with the victory. Winning in New Zealand was definitely one not to forget, but to get the Dirt Grands title in quarter midgets at only ten years old, now that's just bragging. 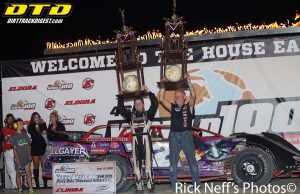 Pierce has also held out some of the biggest names in the business. Maybe you've heard of guys like Scott Bloomquist and Jonathan Davenport. 2020 doesn't have a set itinerary yet, but I'm sure you'll see the Smooth Operator at the Summer Nationals , maybe the Lucas Oil Series, but will for sure be at over eighty races, as well as the big money races. You'll see Bobby's parents at every race. His dad has been his crew chief for every win, and his mom manages his merchandise trailer. So dirt clearly runs deep in the Pierce family blood.

A lot of fans got to see Bobby run the NASCAR Camping World Truck at Eldora, and came close to beating NASCAR driver, Kyle Larson, not once, but twice. When asked about running the truck again, "Its unfortunate Mike passed away, because I was really looking forward to doing a race with him and the guys again. If someone wanted me to run their truck, I would do it because it's such a fun race." 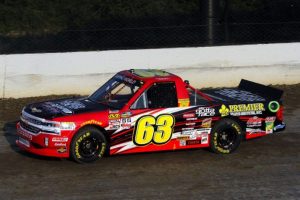 Many guys or girls may have the dream of being a race car driver one day, and we did get to touch on this topic. Now, Bobby has clearly had a phenomenal career for such a young age. But when I asked his biggest piece of advice for up and coming drivers, is to "always watch your race film. Study it. It will help with learning. Remember to have fun and don't be afraid to ask for help, no matter what kind of help that is. Always race smart, be respectful, but race with the maximum effort." It's safe to say, with nearing two hundred career wins, this guy gives solid advice.

Now, wanna win his heart? Bring some chocolate. Maybe one of his favorite movies, Hot Rod, Happy Gilmore, Armageddon, he's really a movie junkie. On the surface, you'll see one of the most competitive, wheel men on dirt, but under there, hes just like your everyday guy. The fact that he took time out of his schedule while getting ready for the Wild West Shootout in Arizona this weekend, showed me how down to earth this guy really is. 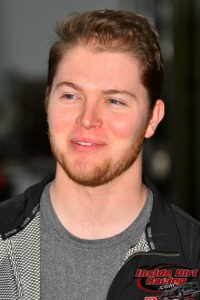 You will see the thirty two of Bobby around the country all year long. He may be on his mini dirt bike cruising the pits, parking his Pierce Race car in Victory Lane, or trading paint with many of your other favorite drivers. Where ever you see him, be sure you check out the merch trailer, and hes always happy to sign autographs. I did get to throw out the "Whats the weirdest autograph request you've had".. and the response was basically, "You can use your imagination."

Once again, I cant thank Bobby enough for taking this time out for us here at Pit Pass! Good luck on whatever 2020 brings your way! We will surely be cheering you on!

Katie Dugas is a freelance writer for all things dirt and around the world of iRacing.