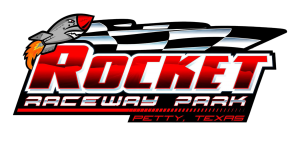 Of the 136 entries into the night’s dirt track racing program, 36 of them were there for a special purse, with serious money on the line! Enter The Twin 20’s. Two races, twenty laps each, that would be raced back-back. Teams not leaving the racing surface to repair or make changes to their car. Those things would be done on the front straight in front of all the fans under the pressure of a 15-minute time limit.  The winner of the first race, would draw from a bucket, and the cars would be inverted to start the 2nd feature.

Most likely all the racers had never raced a format like this. On this night, not only would they battle each other, they would battle all this race track had to offer, and how much their race car could take.

You can re-watch the entire night at Rocket Raceway Park here: {Click Here to Watch}