MARSHALL, Texas — Veteran oval racer Ralo Pilkington has a new challenge for 2022, and he's meeting it head-on. After almost 20 years behind the wheel, Pilkington has purchased Ark-La-Tex Speedway from Gene Boyter and is gearing up for an exciting 2022 season.

Pilkington, 50, is bringing weekly racing back to the 1/4-mile track in Vivian, Louisiana, known as “the Land of Three Wide.” He'll also strive to rebuild the Modified division as a thriving, premier weekly class. His passion for the sport runs deep, and he's anxious to breather new life into a storied oval.

“I had been talking with Gene about this possibility for about a year now,” Pilkington explained. “I finally got him nailed down on some details here recently, actually just in this past week. I'm definitely excited about it. Gene has built a legacy in this region, and we plan to build on that.”

Pilkington will open the 2022 season at Ark-La-Tex with the American Racer Modified Series (ARMS) on March 18-19 with a doubleheader weekend. The track will continue to host several Special Events.

“I might be just a little nervous, as well, but once we get through our first weekend, I'll be good. Gene just reached a point where he was burned out from doing it so long, and I get that. I think there are a few things that can be improved or enhanced at the track, so we'll do that as time and funding allows.”

Pilkington is good friends with a successful oval driver from the same town. Chris 'Win-again' Henigan  works out of Pilkington's shop, and is the man responsible for getting him involved in the sport.

“Chris was the guy who got me started, and we've had some great times together in racing. He's one of the best drivers in this part of the country, and knows the sport inside and out. He's a valued friend.”

Pilkington has some clear, realistic goals for Ark-La-Tex in the future. He's string to restore the glory.

“I want to put a little time and energy into the place, and try to get it back to the way it used to be,” he said. “I've been in business around here for 22 years now. We've built up a level of trust, and folks are getting behind my efforts to rejuvenate the speedway. It's a great feeling to have that support.

“I'll be stepping away from driving for the most part, although I may do just a little bit of racing when our schedule allows. I plan to put Chris's son Dustin in my Stock car next year, and I'll let Chris race my Limited Modified in the big races.

“I've been wanting to put Dustin in my car for quite a while now. He's like his Dad; he's kinda laid back and I feel he's going to be just as good of a racer in time. He's 14 I think now and in ninth grade, and he has big talent behind the wheel.”

That goal of building the premier Modified division back into a thriving class should go over well.

“I really love the Modifieds and I think a lot of other folks around here do, as well,” Pilkington said. “When I had one, I had to travel too far to race so I sold it. Chris faces the same issue today, he has to drive for hours to compete in a class he excels in. So that's one of the primary goals, to build that up.”

With this new purchase now signed, sealed and delivered, it's time for Pilkington to enjoy the holidays with family before digging in to prepare for next season. It will be here before we know it.

“I just want to make racing great again at Ark-La-Tex Speedway,” he concluded. “Gene has offered to assist in any way he can, he wants to see us succeed and we're going to do our best to do so. We're all upbeat about it here, and after Christmas and New Year we'll get started preparing for a bus 2022.” 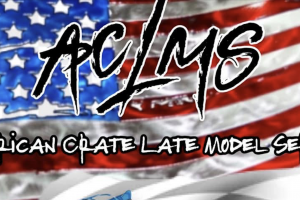