"IM GOING TO MIAMI....WELCOME TO MIAMI"

By Katie Dugas of PitPass 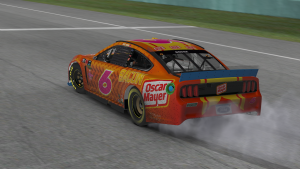 So, some of you may be old enough to get that Will Smith reference, but I can’t say the same for this guy, who is headed to sunny Homestead Miami by the end of the week. At only seventeen, he has not only won the 2018 Ignite Series Championship, but the 2019 eNascar Peak Antifreeze Championship as well. Forty thousand dollars richer, and to hold the most prestigious title in the iRacing community, Zack Novak, is probably the most humble person I’ve ever gotten to speak to.

Born and raised in Clinton, Connecticut, Novak’s real passion for the sport came from six years of racing quarter midgets, and believe it or not, was handed a flyer at his elementary school, beginning his career in iRacing. After two years of never really winning any "big name" races, other than an official or two, Novak went on to be 2018 Ignite Series Champion. The Ignite series was formed to help bring in a new generation of drivers, with all competitors being between the ages of thirteen and sixteen. 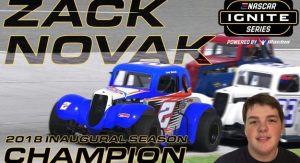 So, we fast forward one year, Zack may focus his days on his homeschooling, but getting ready for races, are the homework he probably enjoys most. With help from his team mates, Jimmy Mullis and Taylor Hurst, they may put an upward of seventy hours in that week, while preparing. Hurst may be the primary setup builder, but Zack and Jimmy will spend hours behind the wheel, deciding what adjustments would improve the car, and make a game plan for the upcoming week. Even though he may not actually build the setup, Novak admits that ultimately it gives him a better understanding of how the cars work.

Now, you will hear me refer to the word "Team" quite a bit. The number six Roush Fenway Racecar may have been parked in Victory Lane in Homestead, but it wasn't without a great number of people behind the scenes. Mullis and Hurst may be the "team" you see on track, but he's also got Brandon Carpenter in his ear as a spotter and Logan Sheets as his crew chief. Brandon, as the spotter, has a lot better movability, as far as camera angles around the track, but also is Zack's go-to when he starts getting into his own head or overthinking, and can talk him down better than anyone. Having someone who is great at math, like Sheets, gives him the upmost advantage on pit strategy and adjustments during a race. 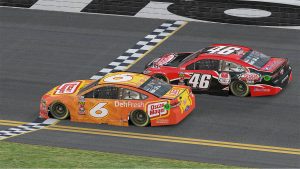 February 2, 2019 was a big night for Zack, and for a guy who went into the season "just wanting to finish in the top twenty", to being drafted by Roush Fenway Racing. Not only do they bring the big names like Oscar Meyer, Acorns, and Wyndam Rewards, but also helped in advancing his career when he had a wheel issue mid-season. Now, from someone who started racing on a tiny Toshiba laptop, with a plastic wheel and pedals from Walmart, Novak has clearly shown what time and dedication can do. He would invest the winnings from the Ignite Championship, to upgrade his PC, evolve into triple screens, the Clubsport V3 Pedals and look to an even larger payday in the 2019 Season.

It's safe to say if you watched the final race on NBCSports, you saw Novak come in as the underdog, but make the pass on front runner, Keegan Leahy, with seven laps to go. As a nation, we would watch him transform from focused competitor to excited, emotional Champion, you'd get to see his family join in on his victory celebration, and in my case, an emotional basket case. "Other than some wins in the quarter midgets in years prior, this was the most intense, and heart felt win of his career. Watching his father simply place his hand on his shoulder, his sister expressing her excitement, and his mom's tears bringing America to their knees, you could see how proud they all were. "They've all been so supportive of my career, and to see all of them involved was just awesome", was Zack's response to how incredible that win felt throughout his household. 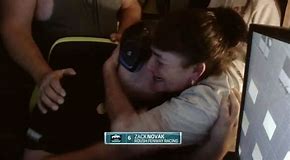 So this weekend, the Roush driver, will head off to sunny Miami to network with the big wigs of NASCAR, receive official recognition from iRacing, and take in all of the excitement with his family and teammates. In a follow-up interview, I did get to ask what he was most excited about, and he put it simply, "to meet new people and be able to experience tons of new things". In preparing for next season, there are no plans set in stone, but he is looking forward to some news coming out soon.

Thank you again, Zack, for taking the time out to chat with us about your journey this season, and Congratulations on your Championship from all of us here at Pit Pass!