CORPUS CHRISTI, Texas — Having more downtime than planned can get to some race teams. They toil away in the shops from early January until mid March, preparing for the brand new season ahead.

Yet in 2020, thanks to the global COVID-19 pandemic, race teams across Texas find themselves with more time on their hands than originally planned. How they are filling this downtime is what separates those who will contend for wins and podium finishes – and those who will go home empty-handed.

For 18-year-old Corpus Christi-based racer Memphis Villarreal and his MAV Motorsports team, a delayed start to the season may be frustrating, yet he's putting it to good use.

“My Dad and I are in the shop often, going over the car and discussing our plans for once we do get back racing again,” Villareal said. “We are seizing this opportunity to be more prepared. It isn't like having seat time to fine tune the car, but at least we know when we do go racing, we'll be ready.”

Villarreal's 2019 season is worth noting, not only for the success he achieved but the fact he did so on two different surfaces. A graduate of the Allison Legacy Cars program and asphalt driver by nature, Villareal won early last year at Houston Motorsports Park (HMP) before making the transition to dirt.

“We ran in Pro Late Models in 2018, then stepped back to a Pro Truck to start off last year, ” Villareal explained. “Thanks to Mr. Steven Davis, I had excellent equipment under me at HMP. I was able to make a big charge in that truck from deep in the field to win. It was hooked up and dialed in.

“We did well with that program, but after looking at the travel and costs involved, we chose to make a move over to dirt racing. It was a different road to take, yet one I have no regrets for choosing.”

His natural prowess at turning left was evident on the pavement, but could he make the transition over to a completely different style of racing and still enjoy some level of success?

“It was a very tough challenge to adapt and figure it out,” Villarreal said. “We run in what is now the USRA Limited Modified class, and I feel the competition is about as tough as it gets anywhere. Those guys at South Texas are good; they don't give up an inch. I have to be up on the wheel every night.”

Villarreal runs an IRP chassis from Jason Ingalls, one of the sport's top builders. It isn't new, but has the proper updates to be competitive.

“We took it to 89 Motorsports and had Mr. Steven Whiteaker re-work it for us,” Villarreal added. “He knows as much about these cars as anybody in the sport, so we have a solid piece now. We won the second night out after he updated it, so we knew it was the right decision. It made a big difference.”

It isn't all about the chassis in Limited Mods, however, you also need some reliable horsepower to get the job done on Saturday night. While pleased with his former engine, Villarreal has a new one coming.

“We ran a Spreen Racing Engines motor last year from Greg Spreen,” he explained. “Greg builds great engines with plenty of power, but we have a new engine coming from a local builder around here. We'll keep the Spreen engine as a backup, and it will be adequate if needed. I'm lucky to have two engines.”

Villarreal has to be very hands-on with his racing program. Like several of his weekly rivals at South Texas Speedway, he doesn't have the luxury of a big crew at the track or a shop full of volunteer help.

“This is very much a small, family-based race team,” he explained. “We all pitch in around here and work hard to make it happen. And we all invest money into it because we don't have any sponsors just yet. This comes out of our pockets, because we love to race and feel like we are actual contenders.”

For many a Saturday night racer, young or older, a supportive family is what makes the dreams become a reality.

“My father is absolutely incredible when it comes to devotion to my race team,” Villarreal said. “He goes the extra mile all the time to ensure we have what we need to be competitive. I am lucky to have him, and am deeply grateful for all he does for me. My brother and mother do a ton for me, as well.”

When things do return to normal across south Texas and that devoted Villarreal family loads up the Mod and goes racing, one thing is for sure. They'll be having fun, running near the front, and happy.

“We really want to earn a few feature wins and contend in the points, even though it's a very tough class,” Villarreal added. “I know if we keep our heads down, stay after the car and if I stay focused out there, we can do it. I'm charged up about the 2020 season, even though we're idle now. I want to race.” 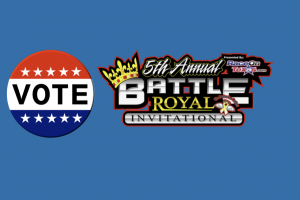 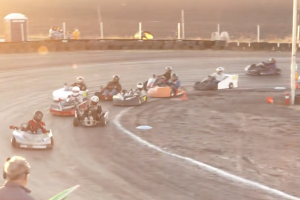 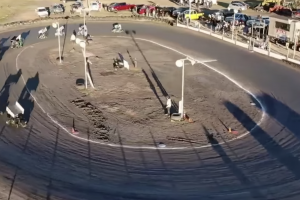