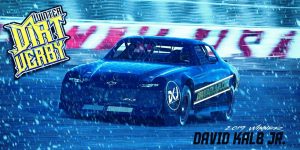 Forty drivers will unload their asphalt street stocks at the famous Eldora Speedway in Rossburg, Ohio for the third annual iRacing iFlag Winter Derby presented by Team VLR. One of these guys will have the privilege of adding their names among the prestigious winners, Howard Weaver and Jeremy Capron.

After qualifying, Tyler Doucharme in the number sixty nine machine will hold the fast time, with an 18.826 over Dylan Houser in the deuce with an 18.828.

Four heat races, and two last chance qualifiers will determine the top twenty four drivers to make up the Voyles Trucking starting grid tonight.  Live on the mic, bringing you all of the hottest racing, Todd Stanton and Phil Lacasse, of the Full Velovity Racing Network. 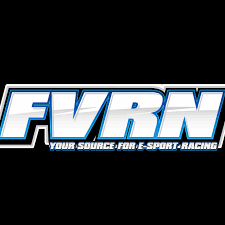 One hundred laps around the famous speedway, and in the words of one of our favorite broadcasters, "WHOOOOS IT GONNA BE TONIGHT???'

The green flag will bring Tyler Doucharme and Dylan Houser up to speed, and soon enough, the caution flag is out, after Heileman and JD Brown make contact. Reracked, restacked, Doucharme leads the way for twenty four car field, at least until the eleventh lap, after Grace gets loose, slides into the wall, taking out Swanson.

Doucharme will maintain the lead over Houser and Kalb. Caution flags will continue to fly, and with only thirty three of one hundred laps, you'd think these drivers are racing for the checkered.

Kevin Dedmon has worked his way into the top three, with Heileman and Cardwell making up the top 5, with "The Gangster", Jeremy Capron on the back bumper. He will have to hold off the liking of JD Brown, Alex Bergeron, Dylan Thomas, going three and four wide through the turns. 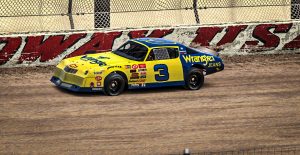 The sixty eight of Darren Literall knocking the outside wall brings out a quick caution, and marks the half way point of the Winter Derby. Doucharme, Kalb, Dedmon, Capron and Bergeron lead the pack for only three laps before we see the yellow flag wave again. 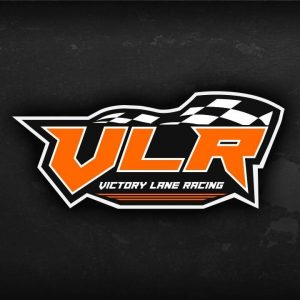 The admins here at Team VLR are sure being put to work tonight, but, we are aware, these are the best in the business, as KT King and Steven Kalivolda are watching all of the action, and making sure this race is as smooth as Texas Roadhouse butter.

The sixty nine of Tyler Doucharme will maintain the lead, over Kalb and Capron, green flag is back out, with only forty laps remaining. Kalb dives it way down deep, using up all of the track, as Doucharme maintains the top side, and regains his position as your leader.

The eight of Kalb gets a nice run on Doucharme, with Capron all up in the kool-aid, and before we know it, Mogard makes a collision with the seventy four, leaving Blake Brown literally hanging in the fence.

After a quick "rain delay", the lap counter will show thirty laps remain, with Kalb still leading over Capron, Doucharme, Dedmon and Bergeron. The nineteen on the loud pedal, Capron settles in second,  Bergeron now door to door with Houser, two if the best in the business, trying to work up to the front.

Doucharme maintains third over the classic Earnhart ride of Kevin Deadmon, who is fighting to hold off Hayden Cardwell in fifth. Kalb is still able to hold off Capron by three car lengths, but Doucharme now under fire, as Houser tries a pass down low.

Twelve laps remain, as Doucharme throws a slider way down low on the defending champion, Jeremy Capron, rides it back up the track, but here comes Cardwell, three wide through turn number three. Capron to the bottom, Doucharme forced into the wall, and this causes a parking lot on the race track. 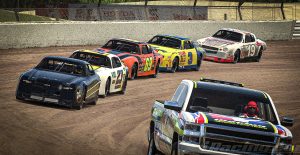 As we get ready to set the pace for the final laps of this race, Kalb will maintain the lead, Hayden Cardwell in second, Kevin Dedmon in third, Rafferty and Brown round out the top five.

Three more times around for our leader. Cardwell needs to make his move shortly if he wants that title. He will drop it low, but its not enough, the number eight of David Kalb takes the checkered flag for the 3rd Winter Derby presented by Team VLR. 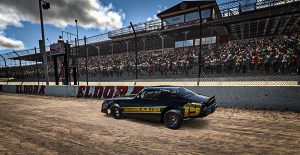 Thank you again to Jeff Brown at iRacing iFlag, as well as KT and the gang at Team VLR, and the "Magic Men" on the mic, Todd and Phil at Full Velocity Race Network.

Congratulations again to David Kalb on the win, as well as Hayden Cardwell and Kevin Dedmon on their podium finishes.

From all of us here at Pit Pass powered by Race on Texas, Thank you and goodnight! 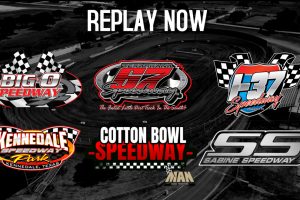 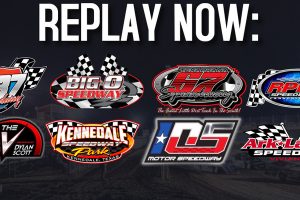 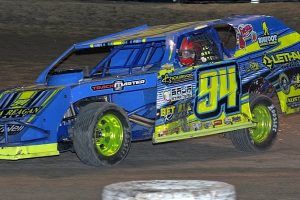