EDNA, Texas — In the sport of short track stock car racing, there's nothing like a feature victory to boost confidence and build a little momentum for your upcoming races. It's the goal of every driver.

For 36-year-old Gw Hessong, a recent win at I-37 Speedway in Pleasanton, Texas, brought more satisfaction than you can imagine. The 16-year veteran of the ovals earned his first career USRA Factory Stock win against some mighty stiff competition, and did so in a decade-old race car.

“I'd have to say right now that win tops them all for me, given everything we went through,” Hessong said. “We started sixth in the qualifying heat, and ended up winning that. In post-race tech inspection, I learned the tires were too soft. That really surprised me, honestly. But it is what it is.”

Never one to overreact, Hessong took his licks and got ready for another chance to make the show.

“We started ninth in the B Main or Last Chance race, and ended up pulling off the win in that one. We started 14th in the feature and were slowly-but-surely working our way toward the front. It was a little bit wild out there; but people haven't raced in a while, so I understand.”

As that feature progressed, Hessong needed to stay focused and try to save the car for a late rally.

“We just kept on moving along, and during the final caution we heard officials say on the radio they had shortened it to 15 laps. We found ourselves in fourth place, and I told myself it was time to go. We thew some Hail Marys and were able to pull it off. That shortened distance kicked me into high gear.”

You've all read the story of David vs. Goliath, and Hessong's win at I-37 is a perfect example of that classic battle between the haves and the have-nots.

“Believe it or not, this is a home-built car that is about 10 or 12 years old,” Hessong said with pride in his voice. “But we just bolted up a new set of shocks from Club 20 right before that race. In fact, I went to a practice session at Texana with the car on Friday night and got to play around with those shocks.”

Like any seasoned racer with the kind of experience and skills Hessong has, that test yielded dividends.

“We hit on something, and it made a world of difference,” Hessong added. “That's all I'm going to say, but I knew the car was going to be good. I didn't expect it to be that good, given the people we were racing against. It was an amazing feeling to go there and be that competitive. I'm extremely satisfied.”

Hessong had a successful 2019 season at what he considers his three local tracks; Texana Raceway in his hometown of Edna, South Texas Speedway in Corpus Christi and I-37. He ran about a dozen times.

“We got a late start to our season last year, I believe it was July before we actually got rolling,” the humble and easy-going driver explained. “We still managed to earn four wins and eight top fives, which I think is pretty respectable. It gave us some confidence as we went back to racing this year.”

For the balance of 2020, Hessong will split his time between the same venues, much as he did in 2019. That hard-fought win last Saturday night should propel him on to more victories down the road.

“That's the plan as of now, since we really enjoy racing at all three of those tracks,” the eager driver said. “I know the weather forecast isn't very good for this week, but we do plan to go back to I-37 and race there again on Saturday. Since Texana is my home track, I plan to be there as often as possible.”

In 2019, Hessong had an experience at his home track that stands out in his memory today.

“For our first night out last year, the car had been parked underneath the trees for about three months,” Hessong said. “We aired up the tires, took it out there and won the feature. The second night with it wasn't so good, but at the big Memorial race for the former promoter of Shady Oaks, Jim Scribellito, we ended up winning on both Friday and Saturday nights. I was as happy as could be for days.”

As for last weekend, is was redemption in the 'Birthplace of the Cowboy' as Pleasanton is fittingly called for Hessong and his team.

“I've always played the role of Bridesmaid at I-37 for a variety of reasons,” the driver explained. “I've always had some sort of trouble there and have finished second too many times. I've finally conquered the place, and now, I'd kinda like to go back and see if we can get us another one. It was awesome.”

Prior to 2019, Hessong says he hadn't raced at I-37 Speedway in seven long years. Now, he's a fan. He also feels the recent alignment with the USRA among south Texas track promoters is a good thing.

“I'm excited to see everybody get together on that and create a universal rules package down here,” he added. “It puts us all on the same page and provides a level playing field so we can race all over. Between the three tracks we go to, we're going to be able to race every weekend if we want.”

Like his rivals in that always-competitive Factory Stock division, Hessong has a few dedicated people who keep his racing program moving forward.

“I'm lucky to have some great folks helping me, including Cord Beard, Tony Blankenship and Monty Chamberlain. All three are great guys with big skills and I appreciate what they do for me very much.”

Along with that trio of dedicated workers, Hessong also has a handful of marketing partners who make his team more competitive on race day.

“I'm blessed to have the support of some great companies on my car, including Magnum Services LP/ Magnum Motorsports; Edna Auto Supply; Tony's Mobile Home Service; B&D Motorsports/Bruce Tesch; and the Lick My Stack Cooking Team. I really appreciate all they do for my race team.”

With that satisfying win in the books, it's on to the next chapter. Hessong is ready for more success.

“I'm just hoping to carry this forward and keep up the strong runs,” he added. “I'd really like to win a couple of times at Texana this year, maybe one or two at South Texas and one more at I-37. If we can manage all that, it will have been a tremendous season. We're off to a good start, and it sure feels nice.” 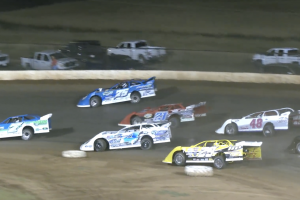 10 Complete Nights of Racing On Demand/SpeedPass. Replay it All HERE! 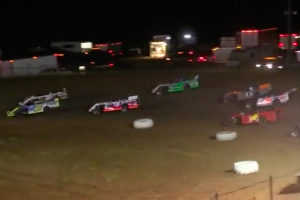 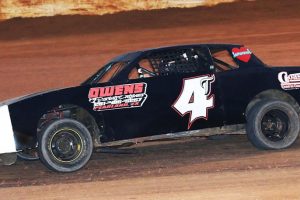 Introducing the SpeedPass Membership
RPM, Monarch, and I-37 On Demand. Replay Every Lap Now
Comment