DAYTON, Texas — In every region of the country, you hear certain names and immediately know they are synonymous with success on the short tracks. In the Pacific Northwest, it's legendary drivers like Garrett Evans and Hershel McGriff. Up in New England, it's guys like Mike Rowe and Dave Dion.

Down in the sun-scorched ranch lands of South Texas, one name stands out among his peers. For 68-year-old veteran Howard Willis, winning races and earning respect is a tradition nearly a half century old. Now recovering from recent neck surgery, Willis will celebrate 50 years of racing in September.

Last year, the popular and iconic racer earned 10 wins, 17 top-five and 20 top-10 finishes in 23 starts. Willis drives a Limited Modified these days primarily at his home track of 105 Speedway.

“It was a pretty good year,” Willis said. “I just kind of cherry pick more these days, rather than racing steady anywhere. I just race here locally, but of course all of these guys today are pretty fast. When I do run, I try my best to keep up with them. I'm blessed to still be able to pull off a win once in a while.”

To say he has enjoyed a stellar career goes without saying. Attempting to pinpoint Willis' career stats may be a challenge, yet the highlights are numerous and numbers are staggering.

“I never really kept an accurate count over the years, but I'd have to say I've earned around 700 to 800 wins overall,” he said in a humble, matter-of-fact fashion. “I generally won about 20 races a year in my peak, and one season I finished with 45 wins. But that was a magical season, and rare.

“So even if you figure at an average of 10 wins per season like I had in 2022, that's 500 wins in a 50-year career. Most years we did better than that, which supports my estimated total. In the 1990s and early 2000s, I was driving in two different divisions almost nonstop, so the numbers really added up.”

When taking a look at this legend's career highlights, the list is long. Some do stand out in his mind.

“One of the highlights of my career came in 1993,” Willis said as he reflected. “Neal Upchurch and the TIDA held a big race on the two-mile road course at Texas World Speedway in College Station. I took one of my old dirt Late Models and put an asphalt body on it.

When Willis puts on his safety suit and gets ready to compete, he straps into some very fine machines.

“They're both great cars and can run with most of the new ones out there. They are powered by motors built by Dee Fox, and they run very well. He builds a real good motor, we have three of them here.”

When looking at the Limited Modified class as we approach a new season, Willis says things are good.

“It's got to where everybody has good equipment there now, and the cars are just about equal,” he said. “Having a good finish in your Heat is essential today to get a good starting spot for the feature. Passing can be pretty tough some nights, so if you start out back, you're probably going to finish out back.

“There will be a night when the track is perfect for your car and driving style, so you can win from the back. In fact, they've done a great job at 105 Speedway to make it more racy, to allow for more passing. It helps to have the room, and a second lane to use. It makes for better racing all around.”

Few racers in any type of oval competition will ever see the level of success Willis has enjoyed. Yet he remains humble, soft-spoken, and highly appreciative of the many folks who support his efforts.

“I also need to thank Trux Super Store, Jim Chapman, Moser Chassis, my crew members, Chris and Jerry; our Military Service men and women, and above all else, God for his Grace. I appreciate all they do for my racing program, and couldn't do this without them.”

As the 2023 season quickly approaches, Willis will continue to heal and be patient. Yet when it's time, he'll be working on that No. 23 machine again. He'll be back for another season of fun and race wins.

“I'm actually going to miss the Enduro coming up next month,” Willis concluded. “They have one over at Heart O' Texas Speedway. I had my neck operated on about three weeks ago, and the doctor said it would be four months before it is fully healed.

“Monday was my first day back to work, so it's healing up well. I'll be back in my Limited this year, going for a few more wins and having fun with my extended family at the track. It's all of the great racers and fans keep me coming back year after year. It's been a very rewarding and satisfying career.” 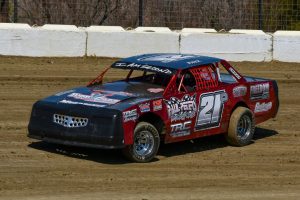 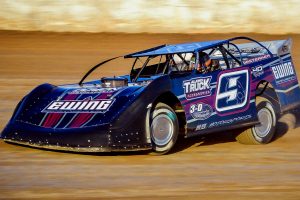 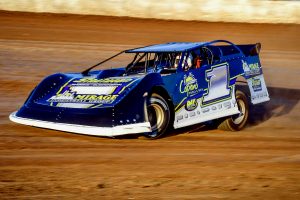