PRINCETON, Texas — Among all of the talented chassis builders in Texas, most are pretty fair racers, as well. They compete in a variety of classes, striving to rack up wins as they build their brands and work to enhance their own driving resumes.

For 43-year-old Donnie Shipp, a top-notch fabricator and owner of the highly-respected 'Wicked Race Cars' brand, the 2021 season has been pretty successful in Crate Late Models. A longtime Modified racer, Shipp is now a proven winner on the DFW Late Model circuit.

“There are a lot of good drivers in that series,” Shipp said. “But I feel like we still should be able to compete with them. We just seemed to be jinxed in that series this year. We'd get a good run going, and something would bite us.

“Those three wins, I was just going down to Big O to get some laps in the car. I raced a Modified every year since 1998 up until last year, so this was a big transition. A good friend of mine, Patrik Daniel, coached me into getting a Late Model. He found a car online, I called the guy and went and bought it.”

That purchase was the culmination of plans Shipp and his late father had discussed for many years.

“It was something me and my Dad had always dreamed of doing,” Shipp said. “We never really figured we would get to it. I have a lot of good help now, but for the longest time, it was just me and Dad. He never even got to see this car, it was up to Jimmy Mars' place getting some updates when he passed.

“Last year we finally took it out to Big O Speedway basically just to shake it down. We ended up setting fast time, winning our qualifying heat and the feature. It was a surreal moment in my career; I got pretty emotional when I got back to the trailer. That win was for my Dad, and I felt him there.”

Shipp has been racing for more than two decades, as 2022 will mark his 25th year in the sport.

“I got my start back in 1995,” he explained. “I got to turn some Hot Laps on a test day, but it got me hooked. I didn't really race much until 1997, and from then on it was full throttle. I jumped into a Mod and fell in love with them. They're a fun car to drive, but for now I'm focusing on the Late Model.

“I ran the TOMS series for several years, and really enjoyed it. I got close to several wins, but never quite sealed the deal. That series is full of talent, and they're all good people. I just had this opportunity to go Late Model racing and I'm enjoying that right now. But my love for Modified racing will live on.”

All season long, I've written extensively about the high level of competition across Texas and the Deep South in Modifieds and Limited Mods. In Crate Late Models, it's gets even tougher to hit the podium.

“It's been incredibly tough to win on the DFW series this year,” Shipp said. “We've been chasing Dean Abbey this year, who's been on quite a hot streak. There are so many other fast guys there every race.”

What makes racing a lot harder these days than it was for most of his career was the loss of his Dad.

“We lost my father in October of 2019, and it has been very difficult to say the least,” Shipp said candidly. “I saw my Dad every day at work, and we had a very strong bond. In fact, I was ready to get out of the sport after he passed and just stay home, it was so painful.

“It was my loving, supportive wife, Raelene, who looked me in the eye and told me that's not what my Dad would have wanted. She encouraged me to go Late Model racing, like Dad and I always wanted. It was the right thing to do, I can see that now.”

As we mentioned above, Shipp is also a very gifted fabricator. The story behind his highly-successful and respected 'Wicked Race Cars' brand is both ironic and unique.

“I built a Street Stock when I was young, but didn't start building cars for customers until 2003,” Shipp explained. I've built almost 70 of them since I started out. My brother wanted a car for the old SIMS division, so I built him one and and my chassis company was born.

When Shipp suits up, grabs his helmet and gets ready to compete, he climbs into a state-of-the-art piece of equipment. While racers have numerous options, Shipp says he's a lifer with the brand he drives.

“The car Patrik Daniel found online was up in South Dakota,” Shipp said. “It's a beautiful MB Customs car that only had three races on it when I got it. It may have 20 nights on it now, it's a really good piece. I've been in this brand since 2017 and absolutely love it. Jimmy and the guys at Mars Race Cars treat me very well, and I value that.”

Along with his amazing natural talent behind the wheel, Shipp also has a few key people working on his behalf to keep the No. 25 Late Model on-track and competitive.

“First off, I need to thank to my wife, Rae, for all of her support; my kids, Dylan and Calee; and Dewane Farmer, for all the countless hours he puts in to help out through the week. He is priceless.”

This dedicated racer and high-end, perfectionist of a chassis builder also has a long list of partners.

As the 2021 season draws to a close, Shipp is already building a new car for a customer. He's also still thinking about his Dad, and how he'll go after the DFW Local Late Model title next year in his honor.

“We'll probably hit that show at TMS in a couple of weeks, and that will be it for this year,” Shipp concluded. “But next season, I think we'll try and run all of the DFW series races and go after a points title. We made some decent gains this year, we're having fun and running well. I'm back to having fun.” 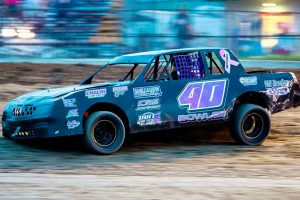 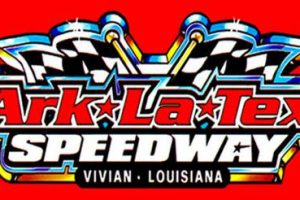 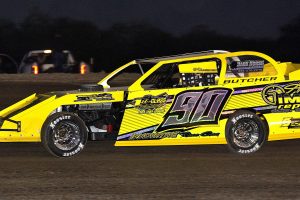