ROBSTOWN, Texas — In the past few years, we've seen a tremendous influx of young talent come into short track racing throughout Texas. Yet none have the events of one dark Friday night hanging in the back of their minds. All of them exhibit talent and drive, but one has a story you won't soon forget.

For 15 year-old Cameron Starry, dirt track racing is a process of healing. An environment in which to become immersed; to spend quality time with 'the rock' in the family, his father, James Starry. Together, these two highly inspirational men are making a mark on the sport while rebuilding their family name.

Starry kicked off his 2021 season in January in the 'Bash from the Beach' at South Texas Speedway. While he didn't bring home a trophy, it was a good chance to shake off the cobwebs and get back at it.

“We got it fixed, and I rolled off dead last in the B Main. I finished second in that, started 22nd in the feature and ended up in the 11th position. I'm just really glad they were able to get the track dried and race, because we're racing up at RPM in a couple of weeks. We really needed a shakedown race first.”

Starry spent some time playing baseball, traveling all over the country as a skilled pitcher. In 2019, he tested the waters of short track racing before stepping in full time in 2020. His rookie season was solid. In 22 starts, he racked up six top-five and seven top-10 finishes, plus finished 10th in points at Texana.

“I was pretty frustrated after I wrecked our car so early last season,” he explained. “It took me a while after that before I could get aggressive again; to drive deep into the corner and run side-by-side with guys again. But I found my confidence after a while, and two races in particular showed me I belong.

“The DTK Memorial showed me I could drive from the back to the front. And when we ran 'The Clash' at Texana, that showed me I can run up front as long as I stay smooth, focused and not get frustrated.”

To understand how this promising young driver overcomes a traumatic life event, we must hear from his father on the incident that changed their lives forever. Few will ever imagine the horrors they felt.

“I need to clarify one thing before we go any further,” the elder Starry explained emphatically. “My uncle, Richard Starry, was not a bad person. In fact, he was my hero. I'll never know the differences he had with my grandfather. But one Friday night in 2018, my uncle changed all of our lives forever.

“He took the lives of two family members here at the ranch, then went to the nursing home where my grandfather lived. There, he took my grandfather's life, along with that of my step-grandmother before turning the gun on himself. Five family members gone in one night, so it was completely devastating.”

You don't just snap back from something so traumatic. For James, it was a while before he went back.

“The ranch was in limbo after the incident,” he added. “It's been in our family since the 1950s. For six months, we weren't allowed to be on the property. Cameron goes to school right down the road, so we'd drive by it every day. Then one day, he asked me if we could go have a picnic over there.

“I had to go over the day before and clean up all the police crime-scene tape and things, but I did it. We sat on a picnic table and ate a hamburger here at my uncle's house. A couple days later, he asked if we could visit the ranch again. We did, and as we were leaving, he wanted to know if we could live here.”

You may immediately think of how many ways the aftermath could have gone for this family. Yet for James, he knew what he had to do. It's his resolve and ability to persevere that is incredibly inspiring.

“In the end, as a father and a husband, I wanted to do what was best for my family.” James added. “It took us all by surprise, but you have to be 'that rock.' You have to carry that weight on your shoulders. But then you see a young man full of life and energy, and don't know what the future holds.

“I think it would be easy for all of us to spiral out of control. But now when I see what Cameron is doing behind the wheel against grown men that have been doing this for years, it's very uplifting. The more I talk about what happened to us, the easier it is to move forward. I'm healing as we go along.”

“It started out pretty rough, actually,” the father and crew chief explained. “On our third night out, we wrecked that car pretty badly. It had to go back on the frame machine and get straightened out. We started wondering at first if we may have jumped into something a little over our heads.”

A longtime family friend, however, encouraged him to stay the course. In the end, it was worth it.

“Tommy Temple, who I've known for many years, along with Lawrence Mikulencak, Steven Whiteaker and others, told me they saw something special in Cameron. So we kept at it. As we went along, we branched out and competed at seven different tracks. That really helped Cameron and I learn a lot.

“I think as he got more comfortable in the car and as I learned more about the chassis setups, things started coming together. The first half of 2020 was a steep learning curve, but it got better by last fall.”

Knowing the level of talent and level of focus his son has, James supports his son for the long haul.

“I think it would be awesome if he could make it all the way to a Super Late Model some day and run one of the National tours,” he added. “If he gets the right opportunities, I think the sky is the limit. My son is an example for us to never give up, that you can do anything if you stay focused and go for it.”

By now you may have wondered how this teenager keeps it all together, despite that dark night in 2018.

“I figure if my father can be strong and deal with all this so well, than so can I,” Cameron said. “I didn't really know those folks as well as he did; he grew up with them and it was deeply painful. But he is so focused on me, my sister, keeping this ranch maintained and rebuilding our name. He is amazing.”

Despite his immense natural talent and supportive father, Starry has a few key people and partners who make his on-track success a reality.

“I really need to thank my father first of all, he is the reason we're doing this. I also want to thank my Team 741 crew, including Zylar Bryant, EJ Gilpin and Kynzi Starry. I have to thank Stealth Oilwell Services, Magnum Services, Reality Exchange Group, Temco Services, 1st Class Towing, Ace Transmission, TTR, 89 Motorsports, Starry Ranch & Family, G&M Oilfield Services and Darkside Construction. We couldn't compete at this level without their support, and we greatly appreciate each and every one.”

As the season openers for tracks around southern and central Texas draw closer, Starry has a clear goal.

“The thing that would satisfy me the most would be to get my first feature win,” he concluded. “If we can do that this year and make it into the $10,000-to-win race at Boothill Speedway, it will have been a great season.” 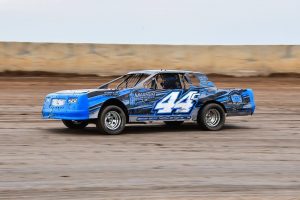 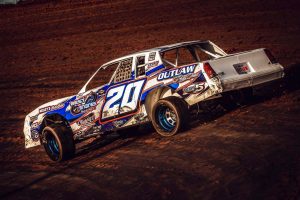 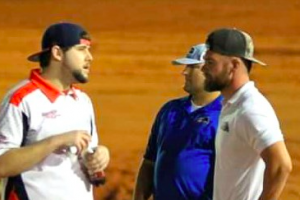 Dylan Scott doing big things at Dirt on the Rev