SINTON, Texas — Among all those eager young drivers looking to make a mark on the Texas dirt track scene, one girl stands out not only because she's a female in a predominantly male world, but because she possesses a level of determination to succeed seldom seen in any athlete, young or old.

For 20-year-old Factory Stock driver Caitlin Leonard, the 2021 season offers a chance at redemption. Now in her fifth year of racing, she's looking to shake the gremlins which plagued her in 2020. While she ran between 35 and 40 races last year, there were only three top-fives and six top-10s to show for it.

“We just had a lot of bad luck with wrecks and various mechanical problems,” Leonard said. “We didn't have any engine trouble until December in Corpus Christi. That engine finally blew up after we had run it for three years. It all was a little tough to endure, but we're hoping to bounce back this season.”

Leonard is unlike most 20-year-old girls, choosing to spend her Saturday nights at the dirt track. It isn't just some temporary phase or trend; she came up through the ranks and has clear goals for her future.

“I started racing Karts when I was six or seven years old,” Leonard explained. “I did that until I turned 11, but then I didn't get back into any kind of race car until I was 14 or 15 when I climbed into a Pure Stock. My first year was a big learning curve, I had several wrecks but continued to learn all season.

“After a couple of years, we got a Monte Carlo for me to drive. That car was my favorite and still is to this day. It's the one that carried me to my first win in Pure Stock. We eventually converted it over to a Factory Stock.”

As you digest those numbers from 2020 and grasp just how frustrating it was to endure, keep one thing in mind. Last year, the level of competition in Factory Stock rose to new heights across the entire state.

“We traveled a lot in 2020 which allowed me to race against some of the heavy-hitters,” Leonard said.  “I know in order to improve I need to race those guys and figure out their secrets. I raced against guys like Dalton Faulkner and Neil Kemp a lot, they are two of the best. I hope to learn more from them.”

Once Leonard began to mature on the ovals and make a name for herself, the highway taught her a lot.

“I think I improved a lot when we started traveling to other tracks,” Leonard added. “I want to travel up north more this year, as well. Running just our local tracks is limiting, I was to travel so I can learn to adapt to different layouts and changing track conditions. It's what I need to do to advance.”

While her slightly more famous brother Cody steals all the headlines in the family, Caitlin toils away in the trenches, knowing her day to shine will come. She knows where she wants to be in the future.

“I was able to drive a Sport Mod a little in 2020, but they are not my favorite race car,” Leonard said. “But I got to drive my brother's Longhorn chassis Modified in a test session this past Sunday, and I really enjoyed it. I think after I run some more Factory Stock races I'd like to wheel a Mod full time.”

Along with her immense natural talent and that exemplary determination to improve, Leonard also has a fine group of people and marketing partners behind the scenes supporting her efforts on-track.

“I'm blessed to have some great people working to support my racing program,” she said. “I have to thank my parents, Darin and Brandy; Joann Day, Monty Chamberlain, Steve Grantz, Uncle Tommy, Bob Huff, and of course my brother Cody. I appreciate all they do for me.

Leonard is anxiously awaiting the completion of her newly-rebuilt race car, and can't wait to test it out.

“Last weekend we went to get the engine and transmission installed,” she added. “Now we just have to finish the bodywork, put it on the scales and start putting the setup under it we'll run this year. I'm hoping to give it a shakedown or practice run before we race it at Cotton Bowl on Feb. 26.”

As that race date at Cotton Bowl quickly approaches, Leonard is focused on turning things around.

“I'm hoping we can end the streak of bad luck this year,” she said. “I really want to run up front and put ourselves in a position to win. I'm hoping to not have as much equipment failure, and to get the results I know this team can earn. We never got to show what we are capable of in 2020, it's time to change that.” 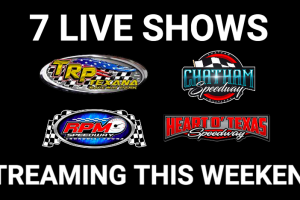 7 LIVE Shows Streaming This Weekend. Watch it all here! 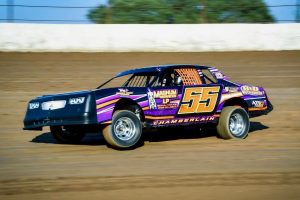 Monty Chamberlain still having fun on the ovals 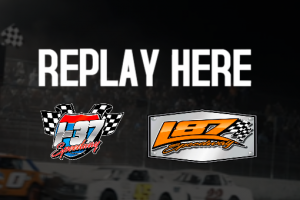