Cain, of Willis, Texas, drove to victory in the first eight-lap contest, where passing points were at a premium. Kemp, of Mineral Springs, AR, claimed Heat No. 7 to demonstrate his skills on the oval. Faulkner, of Cut and Shoot, Texas, wheeled his familiar No. 27 entry to a win in Heat No. 8 with ease.

Faulkner, one the hottest drivers in the division this year, spun out after contact from GW Egbert late in his heat and was given his spot back on the ensuing restart. Sinton's Cody Leonard finished second to Hodges in Heat 7 in a car he had never driven before, showing the versatility for which he is known.

Temple was the points champion at Texana in 2019 and looked strong as he claimed Heat No. 3 in convincing fashion. Grantz held off Mickey Helms and Joshua Sewell in Heat 4. A multi-car crash in Turn 4 laid down tons of fluid, delaying the action briefly.

Heat No. 5 was a thriller, with Cotton Bowl Speedway regular Don Krahn rolling his machine over after climbing the backstretch retaining wall. Krahn crawled out of his machine on his own, yet his car suffered severe damage. Jamie Dear, of Corpus Christi, who earned Fast Time on Thursday, finished fourth in the first heat with a solid effort.

Hodges held off Whitmire to claim top honors in the 10-lap Factory Stock Dash for Cash, with both drivers now locked in to the A Main on Saturday night.

Thursday and Friday night's programs all lead up to a heart-pounding finale on Saturday, as last chance qualifying and the prestigious $3,500-to-win Factory Stock Clash A Main takes center stage. A full program of heats and features for Limited Modifieds and IMCA Modifieds fill out the schedule.

Fans who can't make it to Edna for Saturday night's finale of The Clash at Texana Raceway Park can catch every lap Live through a subscription to SpeedPass at RaceOnTexas.com. With multi-cam, HD views and direct announcer audio, it's definitely the next best thing to being there. 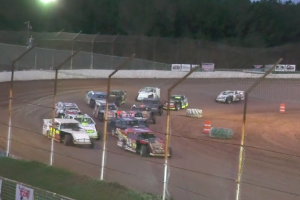 Replay Now: Texas Grand from 105 and Redneck Stress Relief from I-37 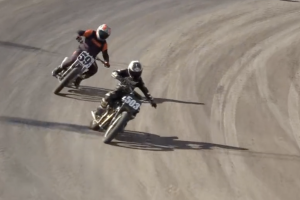 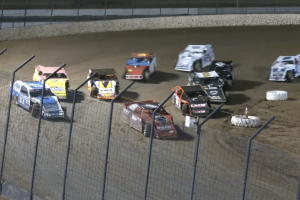