SAN ANTONIO, Texas — For some drivers, especially those with years of experience, learning the ropes of a new division can be difficult. The transition from one type of race car to the next can be a challenge, often bringing a steep learning curve to the man behind the wheel.

Yet for 33-year-old Brandon Brzozowski, the transition from Late Model to a IMCA Modified isn't going to be that hard. You see, this talented driver spent the last four years competing on the Southern Texas Late Model Series (STLMS), and he won both the Rookie-of-the-Year and points crown in 2015.

“I've raced the new car a few times now and am really starting to get comfortable in it,” Brzozowski said. “I have to thank Stevie Whitaker for putting this car together, it's a great piece and I think we can put it into Victory Lane after a little more seat time.”

Brzozowski now drives for 89 Motorsports out of Robstown, Texas. The San Antonio resident is the owner of Texian Investments and immerses himself in the race shop during the evenings. This is his fifth year in the sport, and he's happy with where he's at after selling his Late Model this past spring.

“There are a couple of reasons I like this type of racing,” Brzozowski explained. “For one, this class isn't quite as expensive as far as the time it takes to do maintenance during the week. Late Models are much more technical than these cars, so there's more work to do. The Mods are a lot easier to keep up.

“I also love the fact that with these cars, we can race somewhere about every week if we want to. In the Late Model deal, we were doing a lot more traveling and only racing about once a month. I like being able to race more often so I can get the car dialed in quicker and get used to this deal. It's a great class.”

Brzozowski makes a good point that's often echoed by racers around the nation. If you are going to be good at something, you need to do it often, like, every weekend, in fact. That once a month deal isn't going to allow you the seat time to really ever make any forward progress.

“The level of competition in this Modified class is very stiff,” Brzozowski added. “Every time we unload, be it at South Texas Speedway in Corpus Christi or at I-37 Speedway in Pleasanton, you can count on going up against the best. You need to race weekly and be ready to compete in this division.”

As a veteran racer with a good understanding of what it takes to compete, Brzozowski knows without good people and some supportive marketing partners behind him, this new ride would go nowhere.

“There isn't a successful race team on the planet that can make it to Victory Lane without some good people behind him or her,” he added. “There are several people who help me at the shop and at the track. My wife Lisa and my two girls are big supporters of my racing.

“I also need to thank crew members Rick Garcia,  Byrne Jacobson, Brent Snyder and Danny Schroat. They all do a lot for me and I appreciate their efforts.”

Along with a loyal and hard-working race team, Brzozowksi also has a fine group of marketing partners who make it possible for him to be so competitive.

“I'm lucky to have some great companies on board this season, including Billy Bob’s Repair & Tire, Lone Star Pressure Equipment, Texas Industrial Radiator (Rusty Dodd), All In Designs (Anthony and Russell Gordon), Schaffer’s Racing Oil (John Morgan), Pressure Pro Pressure Washers, Magnum by Nilfisk Pressure Washers, The Trash Can Cleaners, and Boogey Lights. I truly appreciate each and every one of them and all they do for me. I would also like to thank Steven Whitaker with 89 Motorsports for all of his help and support.

Despite a relatively late start to his 2019 season and the transition over to a different division, this San Antonio-based racer is having a good time. He's making progress, and knows if he puts his mind to it, he can succeed here just like he did in a Late Model.

“We're having fun and making good gains in performance every time out,” Brzozowski concluded. “I'm just so thankful to Stevie for making this happen. When we went down there to get the car, we raced it at South Texas Speedway and he was right there to help every step of the way.

“I'm surrounded by good people in this new ride, and I love the car. Once I get a little more time in it, I feel confident we can put it into Victory Lane. That's the goal for the balance of 2019. Next year I plan to do a whole lot more racing than I did this year. I'm having a blast, and that's what this is all about.” 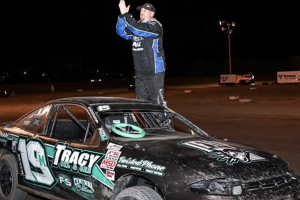 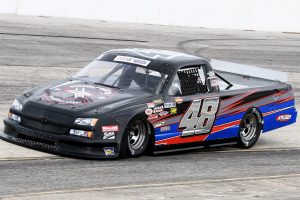 Jake Wright off to a strong start at HMP Season Opener 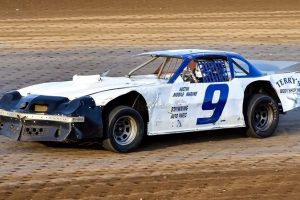